JinkoSolar, Silver Viper, Daimler - Silver is versatile and has potential

Silver is versatile. In the medical field, the property of silver helps to have an antibacterial effect. The same applies to water pipes. In industry, silver is used in televisions, microwaves, monitors, etc. Silver also finds its applications everywhere in the energy sector, from wind power to solar panels to batteries and accumulators. Thus, silver will also be important for the automotive industry in the future, as it relies on electric cars, which require rechargeable batteries. It is assumed that the industry will need three times more silver in the future than it does now. Today we take a look at three companies involved in silver.

JinkoSolar is one of the most prominent players in the photovoltaic industry. Since silver is needed for every solar cell, the price of silver plays quite an important role for the Company. Now that more and more countries are trying to push renewable energy, solar power is certainly one of the most important tools. The Company had to struggle with a margin problem for a long time but was able to surprise positively in the second quarter. The third-quarter figures are not expected until December 15.

The Company has recently been able to come up with some good news. On November 2, it announced that the new Tiger Neo modules would be introduced this year. The modules increase energy production by 3-4%. Within the lifetime, the module achieves 5-15% more energy output. On top of that, there is a 30-year warranty that still guarantees a power output of 87.4% after 30 years. These are excellent selling points for JinkoSolar.

On November 3, the Company's primary subsidiary announced to invest over EUR 60 million in Sichuan Yongxiang Energy Technology to build a production line for 100,000 tons of polysilicon. The JinkoSolar subsidiary will then hold a 15% stake in the project company. With this, JinkoSolar's polysilicon needs will be fully met. The stock jumped from USD 50.28 to currently USD 56.62 and successfully defended the 20-day moving average.

Canadian silver and gold explorer Silver Viper has its main La Virginia project in Sonora, Mexico. The area covers 6,882 hectares with four claims, and already in May, 154,300 ounces of gold and just over 6.9 million ounces of silver were proven through a NI 43-101 compliant report. The estimated resources inferred from the deposits are 246,300 ounces of gold and 12,489,800 ounces of silver. The project can draw on data from 188 diamond drill holes totaling over 52,000m.

A drill program has been underway since the successful CAD 6 million private placement, for which the Company issued an update on October 1. Currently, external and internal targets along the El Rubi structure are being investigated in more detail. Experts now believe that the mineralization extends significantly deeper than previously thought. Therefore, a TITAN-160 geophysical survey is expected to start soon, which may reach depths of more than 1,500m. In addition to El Rubi, prospecting work is underway at the La Colmena Zone and the Paredones Zone.

The Company, which is 60% owned by institutional investors such as Sprott Asset Management, currently has a market capitalization of just over CAD 47.5 million. Management also believes in the Company's success and holds a 23% stake. If the results continue to be positive, it is only a matter of time before the project is taken over. The share is currently quoted at CAD 0.52 and is still moving sideways. The existing, proven reserves exceed the current market price, so the drop should be low.

While about 3 ounces, or about 85 grams, of silver are used for a conventional passenger car, the consumption of electric vehicles is increasing significantly. Daimler, which is electrifying more and more of its product line, is also affected by this. Like all automakers, the Stuttgart-based company is struggling with the chip shortage. At the same time, further trouble looms if significantly less magnesium is supplied to Germany from China because much less aluminum will then be produced.

However, all this seems to be bouncing off the Company so far. On October 29, the Company presented its figures for the third quarter. Profits grew despite falling sales. Overall, production fell by 25%. Although sales were EUR 200 million lower year-on-year, profits increased by EUR 202 million. Several analysts upgraded the share to BUY, such as Nord LB and Barclays.

Even the news of a model declaratory action resulting from the diesel scandal did nothing to dampen the stock's soaring performance. The Federation of German Consumer Organizations (Verbraucherzentrale Bundesverband) filed a lawsuit in July, and certain car owners can now join the action for damages. The share price is currently quoted at EUR 87.65 and has reached a new multi-year high. Interested investors should wait for a setback.

Silver will increasingly play a vital role in the energy transition. Decarbonization is creating an increased demand for the precious metal. JinkoSolar has positioned itself extremely well, so margins should improve in the long run. Silver Viper has proven silver and gold deposits, and we know at the latest after the acquisition of a gold mine by First Majestic Silver how difficult it is to find a good silver deposit. Despite all the crises, Daimler's share price is on the up. Nevertheless, investors should be cautious. 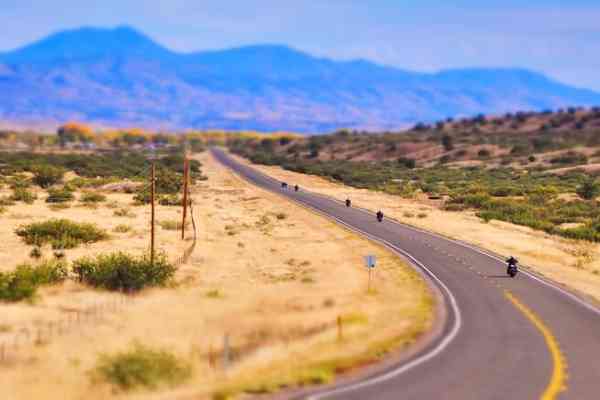