Foreign Minister Annalena Baerbock has spoken out in favor of supplying "heavy weapons" to Ukraine. For years, arms deliveries were a thorn in the side of the Greens. It is remarkable that Baerbock, who has always been considered "Realo", is now even counted among the "hawks" on the big international political stage. Even though critics from all ranks may interpret the move negatively, Baerbock is demonstrating pragmatism and toughness. These qualities could be the key to de-escalation in the most profound crisis since World War II. We examine the current economic climate and look at three companies and their shares.

While Russian troops have withdrawn from the region around Kyiv and all military analysts expect fighting in the east will now be fought harder, the escalation spiral is also turning in the west. Jarosław Kaczyński, leader of Poland's ruling PiS party, has recently indirectly suggested that the plane crash that killed Poland's incumbent president and twin brother Lech Kaczyński in 2010 may not have been an accident. He will soon present evidence of this, the politician said. These accusations were made back in 2010, but Kaczyński refers to sources. In the current geopolitical situation, possible evidence would be explosive. Above all, because it can be assumed that Russia is likely to reject this alleged evidence and that it could further drive the escalation spiral.

Almost simultaneously, the UK has ordered another one hundred Boxer wheeled tanks from German arms manufacturer Rheinmetall. Coupled with Annalena Baerbock's demand that heavy weapons also be supplied to Ukraine, it is clear that the share price jumps immediately after the outbreak of war were by no means a flash in the pan. Companies like Rheinmetall are likely to benefit from the turn of the times for many years to come. The threat situation in Europe has rarely been greater. In addition to deliveries directly to the war zone, the countries of Europe are also likely to increase their military significantly. Contrary to some fears, this is not likely to remain lip service. In view of the specific threat situation, it seems unlikely that parts of the arms expenditures will be relabeled to benefit other areas. Rheinmetall sets course for annual high!

The Kleos Space share is far from its 52-week high of EUR 0.71. However, this is probably due less to the Company's prospects than to the fact that too few investors know the value. After all, the Company fits perfectly into the profile of requirements that the world has been placing on innovations in the security industry since February. Kleos Space operates several satellite clusters. The Company recently launched more satellites into orbit as part of a SpaceX mission. The satellites monitor radio traffic on Earth, and software from Kleos Space analyzes it. So far, shipping companies that want to arm themselves against pirates have been potential customers of Kleos Space. Border guards and intelligence agencies can also work with the data. In a world where refugee flows are weaponized, and human suffering degenerates into a cynical media commodity, information can prevent suffering.

Maxar Technologies, for example, shows that private companies can play a significant role in the current war. The Company supplies satellite photos and provided photos of the Russian military convoy around 60 kilometers and evidence of the background to the massacres at Butscha. Kleos Space has signed a cooperation agreement with Satellogic, which operates similarly. The aim is to combine sales activities, as the two business models complement each other. The agreement shows that Kleos Space is seen worldwide as a renowned company around satellites and data. The Company plans to take off commercially this year. The market environment seems promising. The stock is not yet one of the profiteers of the war.

Airbus: A lot of mediocrity

Airbus shares have benefited from the war - but only briefly. In addition to defense equipment, the Company also offers activities in space, such as the Ariane rockets. However, SpaceX has given them some competition. The share has lost around 12% of its value over a three-month period. One reason for this is that the aircraft business is not doing well. Deliveries for March have fallen short of expectations. However, analysts like those at Goldman Sachs still take a positive view of the share, pointing to an "improved product mix". However, the stock is not currently generating much imagination.

At a time when nothing seems certain anymore, and the truth is becoming the plaything of the services, facts matter. While defense companies benefit significantly from the uncertain situation, the space data company Kleos Space has not yet received much attention. Given the lower market capitalization compared to the big names, there is potential around Kleos Space. 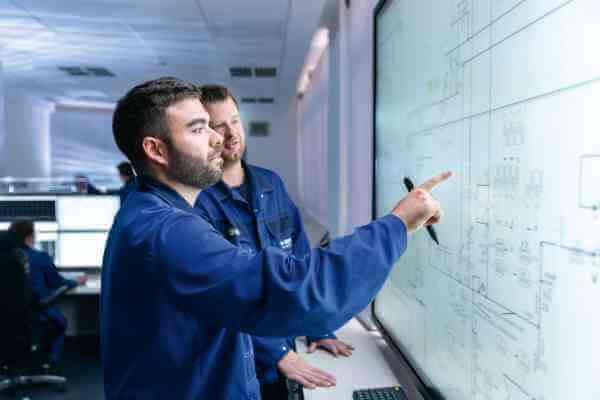