Demographic change is bringing new customers to pharmaceutical and biotech companies. Worldwide, the population is getting older, and with it, the number of patients with dementia, cancer and heart disease. Experts estimate that the population over 65 will increase steadily until 2050. The 'pill gap' will start to have a real impact from 2030, and then the proportion of the aging population will rise again in proportion. Accordingly, all healthcare companies will see growth as the number of customers grows. So today, we look at three companies committed to better patient health.

Pfizer's latest quarterly results helped BioNTech's stock gain ground on November 4. The German vaccine maker's partner surprised analysts with an increased quarterly profit of 40%. The main driver was the Comirnaty vaccine. Today, November 7, BioNTech will publish its quarterly results. Already on Friday, investors were expecting positive numbers. After some deliveries were postponed in the second quarter, these could be reflected in the figures for the third quarter. In addition, the US partner plans to use the expiration of contracts with the US government to significantly adjust prices for the Corona vaccine upward.

The Mainz-based Company will invest the proceeds in the development of new blockbusters. The Corona vaccine has made mRNA vaccines socially acceptable. BioNTech hopes to use the technology to fight influenza and cancer in the future. The Company is particularly active in cancer research, as the market is growing and holds much potential. There are 11 preclinical phase projects in the development pipeline, 16 in phase 1, 5 in phase 2 and BNT161 against seasonal influenza in phase 3. In the US, the Company is testing a combined vaccine against influenza and COVID.

So the Company is not resting on its Corona laurels. Even though there is still a long way to go for the cancer agents, the potential is clear. In anticipation of good figures, the share exited trading on Friday with a gain of over 5.5% at EUR 156.40. The downward trend has thus been broken for the time being. On October 21, Berenberg put the share at Buy with a price target of USD 312. If the Mainz-based company achieves a breakthrough in cancer vaccines, such price targets are realistic, albeit only over a longer investment horizon.

Canadian biotech company Cardiol Therapeutics owns CardiolRx, a synthetic liquid high-purity CBD-based drug that can be used to treat cardiovascular disease. It was started with the so-called LANCER study, which targeted hospitalized COVID-19 patients with a history of cardiovascular disease. In the meantime, there are fewer and fewer severe corona cases, so it was difficult to find suitable subjects. As a result, on October 25, the Company announced it was discontinuing the LANCER study. The focus is now on the Phase 2 study called ARCHER, which is looking at acute myocarditis, as well as a multicenter Phase 2 pilot study against recurrent pericarditis, which is an inflammation of the pericardium.

The pilot study will enroll 25 patients in large US hospitals specializing in recurrent pericarditis. Pain at baseline will be compared with pain 8 weeks after treatment. The ARCHER study will be continuously developed as approvals are obtained from several countries. 100 patients will be enrolled in the study at major cardiac centers in North America, Europe, Latin America, and Israel. Evaluations will take place after 12 weeks of double-blind therapy. Those who would like to learn more are referred to CEO David Elsley's presentation from the 4th International Investment Forum, which is available on YouTube.

The savings from the LANCER trial have financed the Company through 2026. At the same time, the stock, which trades on NASDAQ, is currently trading below cash. The share currently stands at USD 0.5868, giving it a market capitalization of just over USD 36 million. At the end of June, the Company still had more than CAD 70 million in cash, which corresponds to around USD 52 million. Analysts at Leede Jones Gable adjusted their price target downward from CAD 6 to CAD 4.50 due to the discontinuation of LANCER. Accordingly, the stock has tremendous upside potential, while downside risk should be limited due to the cash position.

Bayer - Light at the end of the tunnel

Bayer seems to be slowly awakening from its slumber. After the Monsanto takeover for around USD 63 billion, the Group is still struggling with many lawsuits surrounding the drug glyphosate. It has not only caused uncertainty among shareholders but also cost a lot of money. High raw material and energy costs are currently weighing on the Chemicals division. There are new problems with the substance PCB, which is suspected of making people ill. Bayer has also had to invest money in this area. Glyphosate will no longer be sold to private customers as early as 2023. This should put an end to the flood of lawsuits.

By contrast, the pharmaceutical sector is doing very well. But the Leverkusen-based company is also investing in this area. Last year, the Group invested around USD 2 billion in cancer research alone. On October 17, the Company announced that its menopause drug elinzanetant would also be made available to breast cancer patients. The drug is in Phase 3 trials. Originally, the drug was only used for common menopausal hot flushes. The phase 2/3 study of aflibercept also recently produced positive results in diabetic macular edema. The sustained efficacy is between 83 and 93%.

The share is currently trading at EUR 53.88. Even though a first upward trend has been established, the share must reach closing prices above EUR 55.94 to break the downward trend. The impetus for this could come from the quarterly figures on November 8. Analysts expect a significant increase in adjusted earnings. There is talk of more than 50%. The Company's first executive bodies have also recently bought shares. This can be seen as a positive signal. On Tuesday, one should take a close look at the quarterly figures.

More and more elderly people translate to more and more customers for pharmaceutical companies. BioNTech has benefited from the Corona pandemic and is using the profits to develop its next blockbuster. Cardiol Therapeutics is now focused on inflammation of the heart muscle and sac and is funded through 2026. Positive trial results should kiss the stock awake. Bayer is benefiting from higher fertilizer prices and the well-performing pharma sector. Here, the turnaround after the Monsanto disaster could succeed. 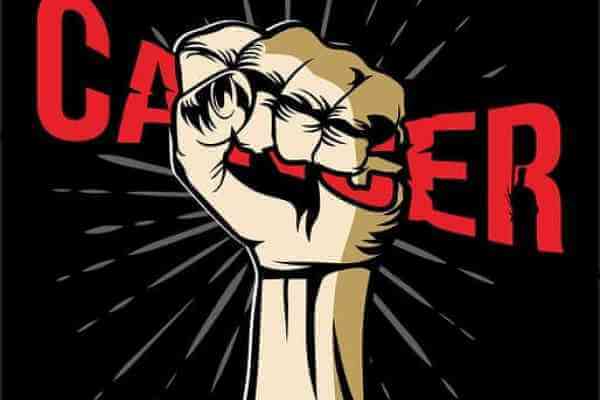