Rheinmetall on the verge of a breakout, and MAS Gold and K+S with rebound opportunity

Due to the uncertain geopolitical situation regarding the Ukraine conflict and concerns about inflation getting out of hand, the most important stock market indices are again turning downward. Germany's leading index, the DAX, is once again struggling with the psychologically important 13,000-point mark. With the exception of defense stocks, there is downward pressure across the board. Fertilizer manufacturers, which initially benefited particularly from the sanctions against Russia, are also correcting sharply and offering interesting entry opportunities for long-term investors. The precious metals markets are also running into attractive buying zones.

Due to the sanctions against Russian and Belarusian potassium producers, the supply was reduced overnight. Uralkali and Belaruskali were responsible for about 35% of the global supply. On the other hand, the main beneficiaries were Western producers such as the Canadian company Nutrien. The Company produces more than 25 million tons of potash, nitrogen and phosphate products worldwide for customers in agriculture, industry and the animal feed industry and maintains a conglomerate with the US Mosaic Group. According to the latest figures from the end of 2019, the two North American partners produced just under 30% of the 65.5 million. An estimated 8% of the potassium carbonate mined worldwide came from the fifth-largest producer, Kassel-based K+S AG.

Due to the strong demand, the annual forecast was already raised at the end of March. EBITDA should be between EUR 1.6 billion and EUR 1.9 billion in 2022. Against this background, adjusted free cash flow should also rise sharply and hover between EUR 600 million and EUR 800 million. As a result of the positive outlook, both the potash price and the K+S share price exploded. Since the Russian invasion at the end of February, the share price almost doubled to EUR 36.45 by mid-April. After that, however, the fertilizer price normalized and corrected by nearly 30% since its peak in mid-March. As a result, the MDAX company's stock lost all its gains. Following a successful test of the breakout level at EUR 22, there could now be a second opportunity for investors who continue to believe in the inflation of fertilizer prices. The share is currently trading at EUR 24.18, while the downward trend formed since the high at the end of April is at EUR 24.75. If the resistance is broken through, this alone will result in a potential up to the 20-EMA at currently EUR 26.

K+S is getting a tailwind from US bank JPMorgan, which reiterated its "buy" rating with a price target of EUR 44.50. In this regard, analyst Chetan Udeshi views K+S as the Dutch OCI to be his preferred longer-term stock in the fertilizer sector.

Also currently declining is the price of gold. Despite high inflation, geopolitical upheavals and ever-increasing conflicts, the foundations have actually been laid for long-term rising precious metals markets. However, the currently changed strategy of the central banks with possible further interest rate increases is taken as the reason which continues to press the gold markets. However, further interest rate steps upward are not set in stone; on the contrary. Due to the high debt levels of the states and a possible, if not already existing, recession, interest rate cuts would even be possible again. In this scenario, the last brakes should then be released and push the gold market into significantly higher spheres. Technically, there is still a short-term potential for a setback to the target area at EUR 1,680.

However, many smaller exploration companies, such as MAS Gold, have already corrected and could currently be collected anticyclically. Currently, the stock market value is only EUR 9.62 million. An investment in MAS Gold has many advantages. The management around the veteran in the mining sector, Jim Engdahl, is equipped with decades of experience. In addition, the Canadians focus on one of the best mining regions worldwide, the La Ronge greenstone belt in Saskatchewan. Over 1 million ounces of gold are still believed to be in the ground in the area, which is equipped with world-class infrastructure.

Since the 1940s, exploration there has outlined numerous gold deposits and showings. MAS Gold's current projects include the North Lake, Greywacke North, Contact Lake and Point gold deposits and the historically defined Elizabeth Lake volcanic massive sulphide copper-gold deposit on four properties totaling 34,703.4 hectares. In addition, MAS Gold completed the purchase of the 843-hectare Preview SW property from Comstock Metals, adjacent to Preview North. The Preview SW property complements the current portfolio of the hub and spoke properties, where the concept is that mineralized material from various satellite deposits will be consolidated into a centrally located processing facility at Preview North. The latest drill results showed average gold grades of 0.61 to 1.88 g/t for a total of over 4,000m. A further 772m and 996m of drilling were completed at the Point and recently acquired Preview SW gold deposits, respectively.

The Company's objective is to define a sufficient gold resource over the next few years to make a medium-term production decision. Also, for this purpose, CAD 2.08 million was raised in 2 tranches as part of a private placement.

CEO Jim Engdahl commented: "We are pleased to report the successful closing of the second and final tranche of the private placement announced last month. I would like to thank our management team and our loyal and newly acquired shareholders for their support. The initial results from the recent drilling at the North Lake deposit, reported in our May 16, 2022 news release, are encouraging. We look forward to announcing further results as they become available. We anticipate an exciting exploration season as we move forward with the development of our gold exploration properties in northern Saskatchewan."

Rheinmetall - How long will its strength last?

As an update published at the end of May at researchanalyst.com describes, a new all-time high was expected. However, we doubted whether there would be enough strength for follow-on buying thereafter or whether the price of Germany's number one defense group would enter a major corrective move.

In any case, the consistently positive news flow could give the share further tailwind. The Düsseldorf-based company, which in addition to armaments, is also an automotive supplier, was awarded a contract by a Chinese start-up company in the field of e-mobility to manufacture chassis components for a new electric vehicle. According to Rheinmetall AG, the order for the Chinese joint venture KPSNC is worth about EUR 42 million over the project's eight-year duration. According to the Company's announcement, the product is a chassis component that will be manufactured locally at the Guangde plant using a low-pressure casting process and will be installed in electric SUVs. It will be delivered to the unnamed new customer fully machined and partially assembled.

By contrast, investment bank HSBC took a negative view of the Rheinmetall share. HSBC expert Richard Schramm downgraded the stock from "buy" to "hold". Although the expert raised the price target from EUR 220 to EUR 240, there is hardly any potential up to that point. Invested investors should, in any case, set tight stops, not that Rheinmetall is threatened with a fate similar to that of the K+S share.

The stock markets continue to be nervous and fluctuate widely. After the correction, K+S could become a buy candidate again, while Rheinmetall is threatened by profit-taking. On the other hand, there could be long-term anticyclical entry opportunities for the exploration company MAS Gold. 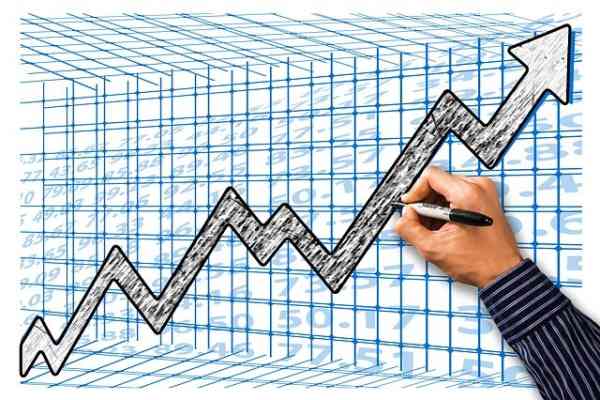