An utterly different madness! A perfect illustration of the current mania on the stock market is the price performance of the unknown stock, Signal Advance. The papers of the medical technology company based in Texas drove social media-driven investors, since Thursday, by more than 11,000% upwards, from USD 0.6 to USD 70.0. On Monday, the stock closed at USD 38.7, up more than 438% from Friday. Signal Advance, which, according to research, has not generated any significant revenue in 2019 or 2020, let alone profits, is now suddenly worth more than USD 3 billion on the stock market. Yesterday at the opening, it then went down with -75%, so it is likely better to stay with solid commodity stocks!

The economic downturn is weaker than expected. At the same time, political will around the globe is catapulting alternative powertrains through the roof. Nothing other than hydrogen and e-mobility is likely to be on the table. There is still a huge adjustment to be made in the entire automotive production sector in the coming years. Apart from these adjustments, however, e-mobility primarily means a lot of demand for copper. If you trust the London Commodity Exchange, the copper shortage is already noticeable and will develop into a real bottleneck for the industry in the next 5 years. New deposits are needed because even the existing mines are working at their limits.

The Canadian explorer Kodiak Copper from British Columbia has recognized the signals and is stepping up its efforts to develop the properties around the MPD project as quickly as possible. Its deposits contain copper and gold in the form of extensive porphyry mineralization. Excellent results have already been obtained from the initial shallow drilling. The area is developed with infrastructure and is surrounded by producing mines such as Copper Mountain, Highland Valley and New Afton. In addition to the BC project, there is also a copper project in Arizona with excellent infrastructure.

Kodiak Copper has an interesting shareholder base. Teck Resources owns 9.3% and the management and other board members like the mining expert Christopher Taylor own in total 8.6%, with 47% to be added to the free float. After the initial drill results, the share price shot up from CAD 0.50 to CAD 3.13 from September 2020, and currently can be had again at CAD 1.60. The Kodiak deposit should have long been in the focus of a surrounding major. Thus, a favorable entry basis is currently still given; the lights for good copper projects continue to be green.

The broadly diversified mining group Rio Tinto is a multinational Company that combines the British Rio Tinto Plc. and the Australian Rio Tinto Limited under its umbrella. The Company focuses on the development, exploration and mining of almost every conceivable mineral deposit. The geographical focus is on Australia and North America, but Rio Tinto is also active in Europe, South America, Asia and Africa. In addition to aluminum, copper, and gold, the Group's mineral portfolio also includes diamonds, industrial metals, coal, uranium, iron ore and various other raw materials.

With the Senate election in Georgia, iron ore producer Rio went through the roof. Steel benefited from the rising iron ore price, and other industrial metals also climbed higher after Democrats won the Georgia Senate runoff election. The iron ore price rose another 0.80 USD overnight to USD 167.95 per ton. It is now expected that there will be further stimulus to boost economic growth in the United States very soon. Trump, the enabler of the base industries, seems already ticked off.

It bodes very well for Rio Tinto and its shareholders in the coming FY 2021, as the mining giant targets a unit cost of USD 14 to USD 15 per ton for its Pilbara iron ore. That means that it is currently operating at a margin of over USD 150 per ton. Given the already strong balance sheet, the substantial free cash flow the Company is now generating will likely be returned to shareholders in the form of dividends. One should stay on this stock until the pricing of the gigantic US stimulus program runs out. Rio shares are currently at 10-year highs of GBP 6,130.

Gazprom - Super figures and sanctions ahead

Another giant is the Russian holding Company Gazprom. After a 2-year downward trend, the price of natural gas doubled from USD 1.50 to USD 3.00 in a short amount of time towards the end of 2020. At the same time, Gazprom was in close negotiations over filling the new Nord Stream 2 North Sea pipeline, which the United States under Donald Trump had vetoed for years because it did not tolerate Russian dominance on the European continent. The European Union insisted on its sovereignty and rejected US criticism, but the US administration is threatening sanctions against Germany.

Gazprom and Nord Stream 2 continue to face this problem in perspective: the EU pipeline's construction is currently continuing. Also, further sections of the project could be finalized in January. However, the US sanctions are now primarily aimed at getting the pipeline up and running. Solutions still need to be found for this—both in Gazprom and Russia's interests and Germany's energy security.

Gazprom will generate USD 86.6 billion in sales in 2020, which is around 12% lower than 2019. The dividend was cut by 50%, but it is still close to 4%, and the share price has been able to bottom out at under EUR 3.5. In the last quarter, the share price increased by 50% due to gas prices, but the 2008 high of EUR 20 is still around 75% away. From this perspective, an entry into this standard stock should still be worthwhile. However, the gas price should be watched and act as a STOP if it turns ad hoc down again. 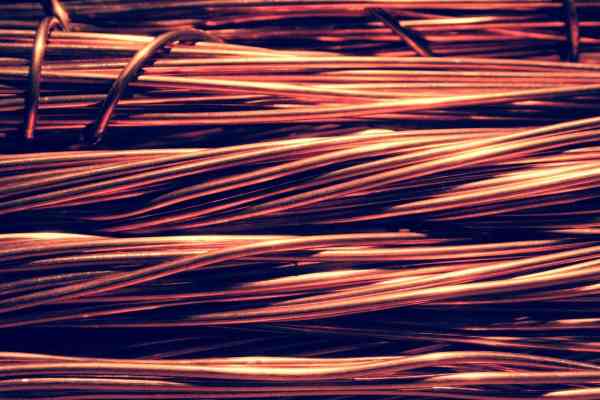