Healing and well-being are the focus of many biotech and pharmaceutical companies. In many cases, long research is carried out in order to get corresponding active substances on the way. After many clinical test series, the laborious approval process with the corresponding health authorities then begins. Some companies have provided themselves with good growth capital thanks to the high liquidity on the stock markets and are at the cutting edge with their products. We take a closer look at the industry.

Over the past few months, disappointment has predominated at Covid-19 vaccine developer CureVac. In the public eye, the Company has now gone from hopeful to laggard. The share price has weakened from over EUR 100 at mid-year to now EUR 34. Is there still hope for the Tübingen-based Company?

Dietmar Hopp, the Company's main investor, is sticking by the Company; he holds a good 44% stake through his investment company Dievini and a direct investment. Without the 81-year-old, who built up his billion-dollar fortune as co-founder of the SAP software group, CureVac might no longer exist today. At the end of 2004, he invested around EUR 20 million via Dievini in the startup founded in 2000. Still, no one wanted to follow him until later, when the Bill & Melinda Gates Foundation co-invested.

Suddenly, in the early 2020s, after the first Corona lockdowns, the previously little-known Tübingen-based Company was seen as one of the biggest hopefuls in the fight against the pandemic. Like BioNTech, it was one of the pioneers of mRNA technology, but it never successfully launched a vaccine. Problem: Because of the delay in CureVac's trial, its vaccine candidate had already encountered more than a dozen Corona variants, and its efficacy as a broad-spectrum weapon could no longer be demonstrated.

Ultimately, CureVac decided a few weeks ago to withdraw its first-generation vaccine candidate from the ongoing regulatory process, destroy pre-produced vaccines, and focus on its second-generation vaccine program. According to the Company, this second-generation can treat several Covid-19 variants and other diseases with a combined vaccine. From this perspective, it is worth doing as Dietmar Hopp did and looking at CureVac from time to time - because a revival with new propositions is possible.

Ayurcann Holdings - From crop to product

In another market segment, namely the broad-based cannabis industry, we meet Ayurcann Holdings. The Company is a leading provider of so-called post-harvest solutions, specializing in the provision and development of customized processes. The focus is on pharmaceutical and beneficial products made from the hemp plant for adults. Primarily, the Company has focused on B2B business in the field of medical applications. The strategic focus is to partner exclusively with leading Canadian cannabis brands by offering proprietary services such as ethanol extraction, proprietary formulations, product development and custom manufacturing processes.

Ayurcann is committed to the gradual opening of markets, some of which are heavily regulated, and certainly sees opportunities for the political climate in Europe to prevail in favor of hemp medicinal approaches. Currently, Ayurcann already has many international customers who dock onto the product portfolio via white label solutions. The jumping point in the business strategy is the necessary know-how in the scaling of manufacturing processes and the guarantee to customers to deliver stable pharmaceutical quality continuously. Israeli and US customers in particular already swear by Ayurcann's services, and the subsequent expansion steps are now being considered in Europe.

Looking at the cannabis market as a stock market segment, the blockbuster companies have had a strong sell-off. The still young Ayurcann Holdings can take advantage of the current subdued mood to approach the big players with a good set-up, which have taken on too much ballast in the general euphoria of 2018 to 2020 and have become inflexible in their orientation. In terms of sales, Ayurcann was able to convince as of the third quarter. The operating result is also already shining quite green with a gross margin of 60%. With around 100 million shares, the Company is valued in the CAD 20 million range, which is a bargain compared to the big players in the industry.

Another short update on Novavax. The Maryland-based Company has now finalized a supply agreement with the Serum Institute of India for the COVID-19 vaccine NVX-CoV2373. The US biotech company had previously granted the Indian vaccine giant a license to manufacture and use the drug substance. Novavax did not provide financial details of the deal or the planned scope of agreed production volumes in the SEC filing released earlier this week. In an interview with Bloomberg, CEO Stanley Erck spoke of shipping about 150 million vaccine doses per month starting in December. The agreement is expected to last 2-3 years.

The stock market celebrated Novavax's renewed success with a 20% peak premium after the Company also earlier reported approval of the vaccine in Indonesia. The signs point to a storm again, but despite the euphoria, the all-time high is still a good 20% away. With a price/sales ratio of 4, the valuation is still justifiable within the highly valued sector.

The partnership with Viromed seems to be paying off for the Marburg-based self-test specialist NanoRepro, as a joint distribution agreement has now been concluded in Austria. The contractual partner is an unnamed customer from Austria, which mainly supplies government and official institutions. The contract is for the delivery of the VitaLab PCR test device, and the alpine partner is to market the device and the associated tests exclusively in Austria. The contract volume is in the three-digit million range; how much of this will ultimately remain with NanoRepro was not disclosed.

The NanoRepro share price is currently trading in a very narrow range of between EUR 7.50-8.70. The stock market probably does not want to pay more for the hopeful Viromed partnership. At the height of the Corona test euphoria, the price of the Marburger rose to over EUR 20. These times are probably over at present; one is waiting for a sustainable strategic orientation for the future. Keep the value on the watch list for possible surprises - after all, a flu winter is just around the corner, and the German Corona policy can also change again.

The investment in biotech and pharmaceutical stocks is subject to high fluctuations. Good news often promises rapid price gains in the first minute, but prices also fall extraordinarily when the momentum later wears off. Thus, strong nerves and consistency are required. With Ayurcann Holdings, medium-term oriented investors can take hold without stress because the first major operational successes are likely in 2022.

High price fluctuations due to approvals or successful test results are more the norm than the rule in the biotechnology sector. It is common for smaller stocks, in particular, to multiply within a few days. For example, the shares of Ambrx Biopharma increased by a whopping 1,000% within just one day, while the German biotech hopeful PAION doubled in price within a week. The next candidates for above-average performances are already waiting in the wings. 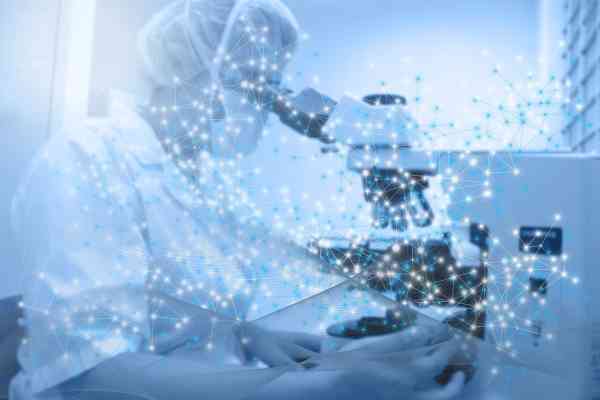