BASF, Royal Helium, Linde: This market is at the very beginning

Industrial gases are in demand - and expensive. Even gases such as Helium are not immune to price increases. Chemical giant BASF calls the noble gas valuable in a press release and, together with Linde, presented a process that can be used to extract Helium from natural gas production. In other regions, the extraction of Helium, which is used in medical devices and chip production, even succeeds independently of by-products - given the long-term dwindling production of fossil fuels, this is becoming increasingly important. We present three stocks.

"[...] We expect the first three wells to be drilled, cased, completed and tested by the second week of March [...]" Andrew Davidson, CEO, Royal Helium Limited

BASF and Linde have long since discovered Helium as an opportunity

Calling BASF a helium stock would be presumptuous - the Company offers everything from agricultural chemicals to industrial chemicals and even nutrition and personal care products. The share performed nicely in 2021 and also offers an attractive dividend yield of nearly 5%. It is not for nothing that BASF has been the fundamental investment of the conservative stock saver for decades: solid in the long term, sometimes a bit boring in the short term. Some time ago, BASF joined forces with Linde to launch a process that can make Helium usable as a by-product of natural gas production. BASF wrote about it back in 2019: "The process combines a two-stage membrane process based on Linde's HISELECT® Powered by Evonik membrane technology, an upstream adsorption plant from BASF for preconditioning the natural gas using Durasorb™, BASF's integrated OASE® sour gas purification technology, and an integrated helium pressure swing adsorption plant from Linde." If you did not understand every word in the quote from the Ludwigshafen-based chemical company's press department, it is not your fault. The quote clarifies that the process is complicated and probably only worthwhile for certain large processing plants or pipelines.

Since Helium has also become more expensive in recent years despite the technology of BASF and Linde, this also proves that the extraction of the noble gas as a by-product is not sufficient to satisfy the demand from the chip industry or medical technology. Since the trend in oil and gas production is also moving toward regenerative projects - see companies like BP or Royal Dutch Shell - BASF and Co.'s solution is likely to be a drop in the ocean. But what alternatives are there?

While Helium is just one field of activity among many at BASF and Linde, the Canadian helium producer Royal Helium is betting everything on the noble gas. In Saskatchewan, Helium is found in high purity, making it an obvious choice for direct production. In recent months, Royal Helium has shown strong organic growth and has gradually brought wells on stream. Royal Helium is made up of experts in the oil and gas industry and takes advantage of the fact that drilling for the noble gas is similar to exploring for oil. Saskatchewan is typically known for oil exploration, so it has experienced personnel and sound infrastructure and framework.

While many oil companies in Saskatchewan thought of Helium as balloons at best, Royal Helium secured a large land package of nearly 900,000 acres. "This large land package allows the Company to become a major player in the field, depending on its success. We are currently the second-largest helium landholder in North America," CEO Andrew Davidson said in an interview a few months ago. The intact trend in helium prices also indicates that this land package will pay off in the long run. While there is no spot market, Davidson points to a price increase from USD 84 to USD 280 per thousand cubic feet since 2012. Since the US government has been gradually liquidating its strategic helium reserve in Amarillo, Texas, during this price increase, with those sales ending in 2021, the odds are good for even higher quotations in Helium. After all, the general environment for commodities is supportive. In late October, Royal Helium drilled a new block, Ogema-1, and expanded its technical team to include Professor of Geophysics, Robert R. Steward. The Company is expected to report on the work in the coming weeks. In the past, company announcements have sometimes triggered steep rises in the share.

Investing from conservative to speculative

While stocks like BASF or Linde are more interesting for conservative investors because of their dividends and the broad business field, a helium investment with shares of Royal Helium is far more speculative. However, since the major players have already recognized how valuable the noble gas is and that it can secure additional income streams for traditional energy producers, a direct investment could prove worthwhile.

Saskatchewan offers good conditions for the sole production of Helium, and Royal Helium has already successfully demonstrated in the past that its organic growth can trigger dynamic developments on the stock market. Speculative investors should keep the attractive niche market on their radar.

Royal Helium, dynaCERT, Gazprom - What is next?

The oil and gas sector has long been a popular investment area. However, when it comes to gas, hydrogen company share certificates have been more in the spotlight in recent months. A more exciting and also little-noticed field is the noble gas helium. We take a broad look at the investment stories in the gas sector. 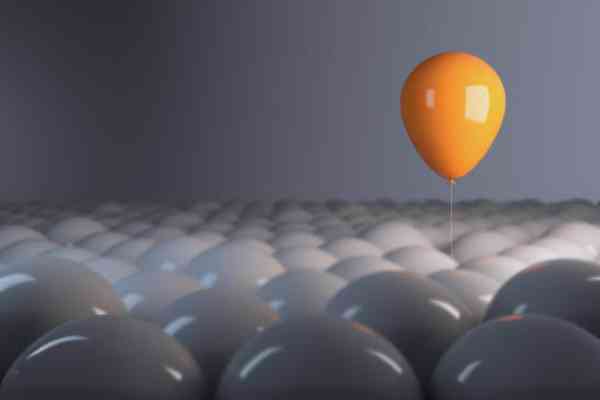 Only months ago, the comparatively expensive production of green hydrogen was put side by side with cheap Russian gas. Things can move that fast! The gas price has risen by 500% within 3 months, and the calculations are being recalculated. The explosive development of prices in the last 12 months shows how strongly shortages can affect the raw materials market. On average, known commodities increased by at least 25%, metals by 60-80% and energy doubled just like that. However, gas takes the cake with plus 600% in just 6 months, which gets the hydrogen industry buzzing. We take a closer look.