Europe is at a crossroads: The energy supply crisis is hitting Germany particularly hard due to its dependence on Russian gas. Alternatives must be found as quickly as possible. In Belgium, a hydrogen plant is being built to make one of the largest industrial ports more CO2-neutral - Plug Power is the development sponsor. BASF is already feeling the gas loss and is changing its strategy. Investors are fleeing the stock despite an 8% dividend. And electric top dog South Korea is also building on economic independence. A metal for nuclear energy is of particular value here - and so is Almonty Industries.

The hunt for raw materials for the energy turnaround is picking up speed. While Germany's dependence on Russian gas is being felt for the first time, South Korea is at least two steps ahead of the competition in terms of economic independence. The high-tech country is known for its car and electronics brands, such as Hyundai and Samsung. The country is the world's largest per capita consumer of the metal tungsten, importing 95% of it from China. Tungsten is valued for its unmatched strength and heat resistance. Therefore, it is also used in the field of nuclear energy.

South Korea is also the world export champion in nuclear energy components. According to OEC, in April 2022, South Korea exported electrical machinery, equipment and parts, as well as nuclear reactors, boilers and similar machinery. In order to shield from radiation, industrial components are alloyed with the metal tungsten. In the wake of international tensions, the focus on economic independence is intensifying.

For this reason, one of the largest tungsten mines in the South Korean province of Sangdong is resuming operations. After a 30-year hiatus, the metal is being mined there again to continue to bolster South Korea's thriving export trade in components for nuclear energy plants. The mine has one of the largest tungsten deposits in the world and can produce 10% of the world's supply when it opens next year, according to its owner.

Canadian company Almonty Industries Inc (ISIN CA0203981034) is handling the startup. Almonty is a global mining company specializing in the mining, processing and sale of tungsten concentrate. The Company has excellent know-how in the tungsten market and uses the niche of bringing closed or troubled operations back to economic course.

The government agency Korean Mine Rehabilitation and Resources Corporation (KOMIR) told Reuters it has committed to subsidizing about 37% of the cost of Sangdong's tunneling and will consider further assistance to mitigate potential environmental damage. In addition to South Korea, the US, EU and Japan have also introduced or updated national critical mineral supply strategies in the past two years to reduce their dependence on China. Almonty should have more than full order books in the coming years. As a pioneer in this industry, they are well equipped to continue growing.

Chancellor Scholz is using the G7 summit at Schloss Elmau in Bavaria to negotiate with Justin Trudeau on the side about liquefied gas imports from Canada to Germany. Other European countries, such as Belgium, are using shorter routes. For example, a production plant for green hydrogen is being built at one of the largest industrial ports in Antwerp-Bruges with the US company Plug Power as a partner. At full capacity, the Belgian plant is expected to supply around 12,500 metric tons of hydrogen from 2025, contributing to the decarbonization of the port and its logistics.

However, it remains unclear how the plant's power supply will be secured. Plug Power hopes to benefit from grid power from the port and adjacent wind turbines. But what would the EU be without its regulations: Any green hydrogen plant that draws electricity from the grid must count the electrolyzer's hourly operation toward the electricity consumption of a dedicated renewable energy plant. Or provide its own power supply, independent of grid power. The draft EU regulation aims to prevent green hydrogen plants from "cannibalizing" renewable electricity and using it for direct electrification.

Plug Power CEO Andy Marsh is optimistic: "As Europe struggles with the challenges of climate change and energy security, our agreement with the Port of Antwerp-Bruges will bring much-needed green hydrogen from domestic production to local markets." That doesn't answer how the plant will be powered.

Plug Power had to forfeit more than EUR 476.8 mil in losses in 2021. In the current letter to shareholders, the Company explains that positive cash flow is not expected before the end of 2024. But the balance sheet so far gives hope. According to its latest quarterly report, the Company has EUR 3.2 billion in cash and short-term investments. That far exceeds its long-term debt and other liabilities. Plug Power's stock opened Wednesday at EUR 16.33. Plug Power Inc. has a 52-week low of EUR 12.11 and a 52-week high of EUR 44.34. The share has a market capitalization of EUR 9.4 billion and a P/E ratio of EUR -16.85.

How is industrial giant BASF supposed to maintain its domestic production without Russian gas? Many shareholders would like to know the answer to this question. After all, throughout Europe, BASF's gas requirements are covered to the tune of 30% to 40% by supplies from Russia. According to Handelsblatt, about 60% of BASF SE's gas consumption is used for energy supply. In comparison, about 40% is used as a raw material in chemical production, e.g. for manufacturing ammonia, acetylene and hydrogen.

The Ludwigshafen-based company's solution entails increased production outside Germany and Europe. Thus announced the chemical company to increase the production capacity of its plants in North America important speciality amines. These substances form highly efficient curing agents for the wind power, electrical, composites, adhesives and flooring industries. The North American site is part of a global network for production, including Verbund sites in Ludwigshafen, Germany, and Nanjing, China.

For investors building a dividend portfolio, BASF, with its strong dividend, could be an addition to the portfolio at the current share price. The stock is currently at EUR 42.12, down 30% from the beginning of the year. There are currently 1,366,552 shares in circulation. The dividend is currently quoted at around 8%, which at least pleases shareholders. In the previous year, it was 5.5%.

The shift from fossil fuels to renewables as a lubricant for the economy is proceeding at a jerky pace. Due to the tense political situation, the USA, EU and countries such as South Korea are increasingly becoming economically less dependent on the omnipresent big players such as China and Russia. Almonty Industries convinces with its business model, specializing in Tungsten production facilities and their reconstruction. Steady growth here is to be expected. Plug Power will build a green hydrogen plant on European soil. However, where and how the electricity will be fed in to start up the plant at the port of Antwerp-Bruges is still unclear. Chemical giants like BASF would do well to focus on strengthening non-European plants in their production capabilities. Meanwhile, it rewards loyal investors with an 8% dividend. 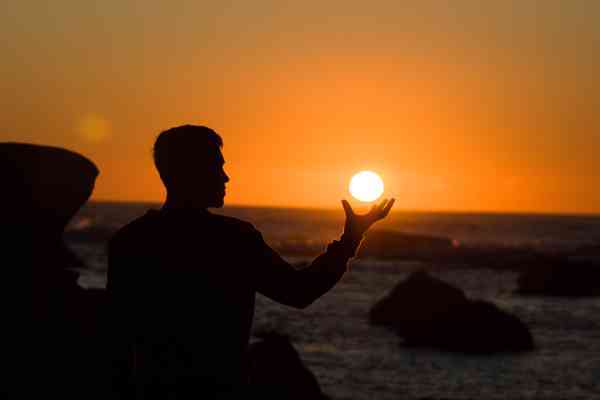