Day 7 of the invasion: With Putin's invasion of peaceful neighbor Ukraine, world politics has changed ad hoc. With a shocked look at the humanitarian suffering, Western countries are moving closer together, sanctions against the aggressor are being implemented quickly, and military solidarity is beginning to manifest. Now Turkey has also closed the Bosporus and Dardanelles straits to warships. The extreme increase in the price of energy is driving up inflation and causing problems for the mining industry. The shortage is being felt around the world. How are companies coping with this challenging environment? We take a look at some interesting examples.

BMW - The major attack on the supply chains

According to the latest reports, BMW ceases production in Kaliningrad, Russia, and will not export any more products to Russia until further notice. In addition, there will be production interruptions at European plants due to supply bottlenecks for important components. Where and for how long production will have to come to a standstill is still being examined. BMW has so far been sourcing cable harnesses from western Ukraine. Last year, the Company already built 12,000 cars in Kaliningrad with its Russian partner Avtotor and sold 49,000 vehicles in Russia. At BMW's Dingolfing plant, Europe's largest, vehicle production will be completely shut down next week due to a shortage of parts.

BMW shares have now lost a whopping 20% in just 2 months from their high at EUR 100. At the reduced level, the long-term investor is already offered a dividend yield of 5.7%. But beware, anyone who invests in industrial stocks again now is betting on a short crisis course.

Almonty Industries - Tungsten mine financing is in the quiver

Lewis Black, the CEO of Almonty Industries, reported further progress in Sangdong, Korea, at the last IIF (International Investment Forum; www.ii-forum.com). KfW financing of USD 75 million has now been finalized, with the last steps taken in February. The mine expansion is still going well in 2022. A very good relationship is maintained with the local authorities, and a NI 43-101 report will be prepared before the end of 2022. The mine will report very low costs and a long mine life due to the high mineralization. Special attention is given to ESG principles in the design of the mining operation. All social and sustainability aspects of the World Bank's Equator Principles (www.equator-principles.com) will be observed and implemented.

Meanwhile, tungsten is considered a critical metal as it is used in both the semiconductor and automotive industries. In addition, there are still numerous industrial applications because, in the current battery research, the name tungsten appears again and again. More than 80% of the world market is supplied from China, so the important metal will increasingly be on the procurement list of Western industrialized countries as a strategic metal in the future. In his presentation, Lewis Black also highlights the proximity to the high-tech locations of South Korea and Taiwan as a strategic advantage for local producers. All sales channels to the most important industrial regions in Asia are open to the Company.

In addition to the megaproject in Korea, Almonty also owns other tungsten properties in western Spain and Portugal. Historically, the Sangdong mine is one of the largest tungsten mines globally and one of the few long-life, high-grade tungsten deposits outside China. The dilemma of scarce raw materials is currently playing right into the hands of Canadian explorer and producer Almonty Industries. The stock is currently trading at about CAD 0.95, giving it a market capitalization of about CAD 195 million. In view of the debt financing, there should no longer be any major dilutions. With further progress in Korea, the share price should soon move up a gear.

It was a moving session of the German armed forces in the first days after the end of the long-standing peace in Europe. Not many members of parliament would have expected this scenario when they were nominated in the fall of 2021. Now the task is to pass adequate resolutions and show Western strength. For Germany, this means, first and foremost, the need to establish a certain level of defense readiness. Olaf Scholz's speech signaled this purpose, marking a historic turnaround in German security policy.

Against this backdrop, the Bundeswehr is to have access to special assets of EUR 100 billion for investments and defense projects from the federal budget. Of course, no investment targets have yet been named, but investors are nevertheless eyeing companies such as Rheinmetall, ThyssenKrupp and Hensoldt to earn a share of the possible budget. From now on, the defense budget is to account for more than 2% of gross domestic product each year. The SPD and the Greens vehemently resisted this two-percent NATO target for a long time. Now it has been passed with great determination in one go. That is how quickly red-green maxims are thrown overboard. Certainly worth a marker for the next election.

ThyssenKrupp is an international group of largely independent industrial and technology businesses with sales of over EUR 30 billion. The business activities are organized in six segments: Materials Services, Industrial Components, Automotive Technology, Steel Europe, Marine Systems and Multi Tracks. The main areas of focus are climate protection and the energy transition, the digital transformation in industry, and mobility in the future. Although defense has recently played only a minor role due to a lack of orders, it could now be revived in the current environment. In the middle of the year, the spun-off hydrogen subsidiary Nucera is to be floated on the stock market.

ThyssenKrupp is an interesting mix of tradition and modernity in its current setup. With a market capitalization of just under EUR 6 billion, the Company is valued at only a fraction of its sales. That is mainly due to the extensive pension provisions from the past, and large groups often have a conglomerate discount. There are currently many indications that ThyssenKrupp will soon be able to leave the past behind. Collect below EUR 10!

Warlike clashes were just what the tense commodity markets needed. The extent of the dilemma can be seen well in the oil price. The assembly lines are already at a standstill in some production plants - no short-term improvement! BMW and Thyssen are suffering from this situation; Almonty Industries could provide long-term relief with its resources. 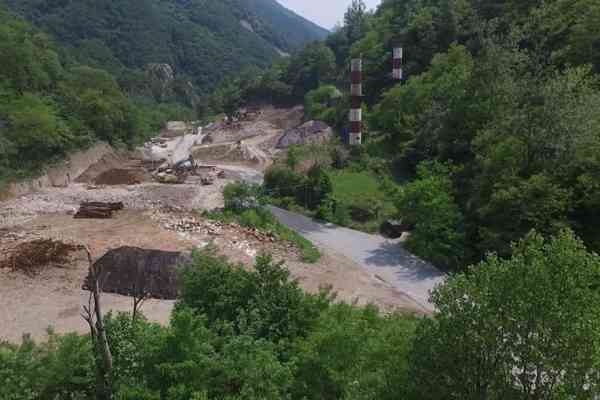 Steinhoff, Almonty Industries, MorphoSys - Closer and closer to the goal

Will the crisis-ridden international retail group Steinhoff have a happy ending after all? Now that the settlement is likely to be successfully put to bed at the end of January, the highly indebted company's survival is at stake, and it is now striving to gold-plate its well-performing subsidiaries. At Almonty Industries, on the other hand, the signs are pointing to growth. The mega project in South Korea will make the Company one of the most important players in the production of raw materials for the energy transition, with significant upside potential.