Economists refer to "asset inflation" as the increase in the price of all assets. What is meant by this is the general increase in the price of all asset investment vehicles such as bonds, shares, precious metals or real estate. We make no secret of it: ALL of the objects as mentioned above are paid with newly created money, the liquidity in the system ensures quasi permanently that assets are practically subject to a permanent and continuous increase in price. Shares, for example, have risen by an average of 9% per year since 2009. Bonds measured by the Bund future are quoted at a 100-year high with negative yields and a rich real negative interest rate, yes, and real estate in good locations has more than tripled in value over the last 20 years. In Munich, for example, the average weighted price per square meter for new residential buildings is around EUR 8,500 (range EUR 5,000-16,000) - in 2000, this was still EUR 2,850. Now we come to the precious metals using gold as an example: the yellow metal cost around USD 400 per ounce in 2005 and is now worth USD 1,875, a plus of 370% in 15 years. Let's take a closer look at the world of precious metals.

Triumph Gold - Glitter on the horizon

The Canadian exploration Company Triumph Gold owns properties in the Yukon. The Yukon is historically known for the legendary "Klondike Gold Rush". It is considered to be one of the most influential of the numerous gold prospecting episodes in recent history. Starting in 1896, it brought more than 100,000 stampeders to the Klondike River near Dawson, led to the establishment of the Yukon Territory and the final determination of the border between Alaska and Canada. In the USA, it fell at a time of economic crisis, which is why many people sought their fortune on the Klondike, but few became rich with real "bonanza finds".

The joint success of all of them brought vast quantities of gold to the world market, encouraged regionally massive inflationary tendencies and its end ended in a considerable liquidity crisis. To date, a total of around 570 tons of gold has been extracted in the Klondike area. This amount corresponds to a volume of almost 30 cubic meters. An estimated 170,000 tons of gold has been mined throughout human history. Poured into a cube, one would obtain a cube with an edge length of 20.6 meters, which corresponds to 8,740 cubic meters. Converted to the world population, each citizen of the earth would have an average of 24.3 grams of gold at his disposal, which is a current equivalent of about USD 1,200. In Klondike time, however, a whisky only costs 25 cents.

Triumph Gold owns a land package in the highly mineralized Dawson copper-gold belt. Its flagship is the Freegold Mine Project with excellent infrastructure, power grid and road access, and is located close to several world-class projects. Exploration has USD 6 million remaining in 2021, and 2 million ounces have been identified in past drilling. Triumph Gold currently has a market capitalization of CAD 34.4 million and offers a real buying opportunity from the price trend to be a repeat investor in the Yukon.

The South African platinum producer Impala Platinum has started a project for a 10 MW solar plant in its Marula Mine. The Company is thus aiming to improve the mine's energy supply. As the news portal, Renewables Now reports, operational production at the mine is suffering from the unreliable power supply by the state-owned power Company, Eskom. The erratic power supply is having a significant impact on operational mining operations.

The Marula platinum mine is located in Limpopo, the northernmost province of South Africa. It produced around 85,750 ounces of platinum in 2019 and contains estimated platinum reserves of an additional 10.6 million ounces. The mine is owned 73% by Impala Platinum and 27% by Black Empowerment Partners. The Marula Community Trust, a local joint venture Company, is also involved in the project and is working to ensure that the mine is of lasting benefit to the local population. Other companies in South Africa have also recently increased their activities in the field of renewable energies to reduce their dependence on the state energy supplier, Eskom. Among them is the steel producer Arcelor Mittal South Africa Limited. This summer, the steel manufacturer announced its intention to install solar plants with a capacity of 160 MW at 6 of its sites. South Africa seems to be getting greener and greener.

Impala Platinum, one of the largest platinum producers in the world, leaves no doubt that it wants to have a positive impact on the region. The support of the Black Empowerment shareholders is also an indication that a long period of political uncertainty now appears to be manageable. This is particularly important against the background of a perspectively rising platinum price and the resulting growing contribution margins. The price of platinum has been moving sideways for 5 years and had its historic high in 2008 at USD 2,250. It is currently trading at a low USD 945 - the Impala share, on the other hand, has gained over 300% in 3 years.

First Majestic Silver Corp. has reported consolidated interim results for the third quarter ended September 30, 2020. The Company reported record quarterly revenues of USD 125.9 million, a 30% increase. These record revenues were driven by significantly higher metal prices and the sale of USD 25 million of metal inventory from the previous quarter.

Silver is currently produced at a current cost (AISC) of USD 9.94, down 8 percent from 2019. However, the average realized silver price of USD 22.58 per equivalent ounce represents an increase of 28% and the highest quarterly average since Q1-2013. Gross cash flow before working capital taxes reached USD 52.2 million or USD 0.24 per share. First Majestic is one of the most profitable silver producers with significant properties in Mexico. It invested a total of USD 35.3 million during the quarter and closed the quarter with a record amount of USD 232.4 million in cash and cash equivalents.

"During the third quarter, our silver purity increased to 67 percent of revenues due to strong silver production at La Encantada and an improved silver to gold ratio," stated Keith Neumeyer, President and Chief Executive Officer. Combined with the current record cash position, First Majestic is on track to close 2020 as one of its strongest years in the Company's 18-year history. The stock has been trading from a high of approximately EUR 12.00 and is currently trading just below EUR 9.00. Those who believe in silver will find First Majestic to be a true blue-chip stock. The precious metal is now consolidating around USD 24.50 but has already peaked at USD 29.40 in 2020. 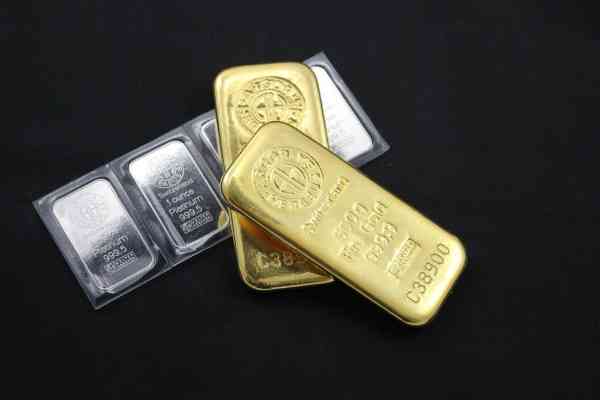 So much for the summer lull! There is much more going on in the stock market than many thought. Gold and silver are making real leaps and bounds, as are the associated stocks. With the vaccination values, the chaff separated clearly from the wheat. Those that cannot currently deliver remain depressed in price. Nevertheless, the valuations of the remaining stocks are not low either. There is still hope for one or the other product's success. We take a closer look at a few stocks.

Whenever central banks and governments open the money floodgates, it's a positive signal for the gold price. After the initial reactions to the pandemic in March and April, the prices of gold companies went steeply upwards. Shares of many smaller companies in particular multiplied between April and August. Since then, the market has entered a consolidation phase. This phase could be an opportunity for investors - after all, the prices of gold shares, in particular, have fallen back, in some cases, significantly. At the same time, the pandemic is spreading, and governments and central banks are in a certain path dependency: to deny support to the economy now on the home stretch seems unlikely and also counterproductive given the aid already provided. Gold and companies involved in gold production should, therefore continue to have good prospects. 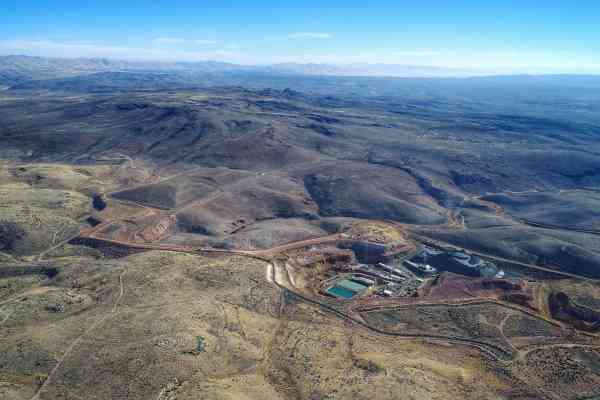 First the central banks and now possibly a generous new US President Joe Biden - when it comes to reasons for rising prices, market commentators always find an explanation. But one thing is sure: most support measures or capital injections are bought with capital that has either been borrowed or created by central banks. In any case, such measures should also boost the price of gold. Barrick Gold's stock looks back on a successful year and has gained a significant 53% - but how much potential does the gold blue-chip still have after the rise?