Penny stocks are not only cheap; there are usually also solid reasons why a value has been sold out or has been quoted low. In the case of Australian stocks, a low par value and the issuance of a great many shares are the natural reason for zero comma listings. Canadian explorers also have this quirk, but they often make their share volume more manageable by rolling it back. Investors can only get a concrete indication of "expensive or cheap" by studying the circumstances or closely examining the fundamentals of the Company. Wirecard was once valued at EUR 25 billion. However, after the insolvency announcement, the stock market now realizes that even if some payment licenses are liquidated, there will be nothing left for shareholders. We take a look at three selected stocks.

At the beginning of September, Steinhoff supporters still had high hopes for the creditors' agreement, and the share price shot up from 10 to over 20 cents with massive trading volumes of sometimes over 5 million shares a day. However, disillusionment followed on its heels. By the end of November, the share price was trading as low as 12 cents. What had happened? The share is currently in a strange holding situation because the lawsuit from South African owners from the Western Cape is still hanging in the air. The competent court chamber has not yet confirmed the South African settlement part. Overall, the current creditor proceedings are still lacking legally binding judgments. Meanwhile, there are still lawyer battles outside the court and hardly any measurable progress in the rapprochement.

The supervisory board intends to propose a stock option program to the shaken shareholders of Steinhoff International at the next general meeting. Overall, the threat to the group's existence, which had existed since the falsification of the balance sheet became known, is probably off the table. For the Supervisory Board, the Company is now entering the normal phase of a highly indebted but growing holding company of retail traders in Europe, the USA, South Africa and the Pacific region. A sign of self-confidence or overconfidence?

Either way, this attitude of the Supervisory Board can be understood as an unmistakable message to the remaining opponents of the settlement package. They want to give the ongoing settlement talks the final incentive to reach an amicable solution. Of course, an end to the uncertainty for all stakeholders would be desirable - then the speculation that has been going on for years would finally come to fruition.

Desert Gold Ventures - There is no reason for weak share prices

Desert Gold's share price also goes up and down. Primarily, this is not due to the Company, but rather to the gold price, which has been trending sideways in a very volatile manner since reaching a new high for the year at USD 1950. In recent weeks, it went down again, with more than USD 100 loss; the ounce had to recover from the November high at USD 1880. It is a lousy environment for small gold explorers, who generate their fantasy by finding mineralizations and also have to refinance themselves again and again in this environment.

Desert Gold Ventures is a Canadian gold exploration and development company focused on deposits in the African nation of Mali. The Canadians' flagship project is the 410 sq km SMSZ (Senegal Mali Shear Zone) project near major producers such as Barrick Gold. After working 20 gold zones on the exploration area, the assumption that the entire region has much more potential than previously believed due to its geographical peculiarity is becoming stronger.

The Company has just been able to finance itself with a further CAD 3 million through a capital increase. It intends to continue the investigation of the new Kolomba area as early as the first quarter of 2022. Gold grades between 1.5 and 21 grams per ton have historically been found here, and the last exploration activities took place on the property in 2003.

Jared Scharf, President & CEO of Desert Gold, commented, "Our success in drilling and acquiring properties in 2021 demonstrates the exceptional exploration potential of our SMSZ project. Through drilling, we have both expanded existing gold zones and discovered new zones, such as our recent Gourbassi West North discovery."

Currently, "tax loss season" is underway in Canada - meaning stocks that tend to be down for the year are being sold off further to receive tax rebates. Thus, speculatively, one could get in at prices between CAD 0.10 and 0.13. After all, the stock is coming off a high for the year at CAD 0.24. Majors also look closely at the order books at the end of the year.

China Evergrande - Is insolvency coming after all?

Another quick move to Asia to the battered China Evergrande from China. The real estate giant is so indebted that rating agencies warn of imminent default. Rumors have not subsided for months that the hoped-for last-minute bailout will go awry. That would be a disaster for the share because bondholders would have a right of execution on the assets in the event of an interest default.

That would hit equity investors in particular, who are not secured by the Company's real estate portfolio. No help is expected from China's government, which has already announced that the country's foreign exchange reserves are not available for corporate bailouts. Now the problems of the Company, which is allegedly more than USD 300 billion in debt, have come to a head, as has its competitor Kaisa. Both companies have now been placed on the "Restricted Default (RD)" level by the Fitch agency.

Yesterday, the renowned rating agency Standard & Poor's also described a default by Evergrande as "unavoidable". The experts thus confirmed reports from earlier this week that Evergrande had failed to service interest payments of USD 82.5 million due to foreign creditors on November 6, even after the 30-day grace period had expired. Neither the Company nor the responsible trustee has yet commented on the matter. Smaller competitor Kaisa has probably initiated a last-minute debt restructuring.

The consequences of the Chinese real estate crisis for the economy are still completely unclear. Given the importance of the real estate market and related industries to Chinese GDP, some analysts have further downgraded their growth forecasts for the world's second-largest economy. In this advanced cycle, exposure to China Evergrande shares is no longer advisable. Expect a total loss given the high level of leverage. In the Wirecard matter, hope then also died abruptly.

The search for possible turnaround points is sometimes laborious and is based on many parameters. Chart analysis provides some clues, but essential fundamental data cannot be disregarded. Steinhoff could probably make it in the medium term. China Evergrande will have to do a lot of convincing and pay its interest as quickly as possible. In Desert Gold, there are rather attractive entry opportunities with a substantial discount. 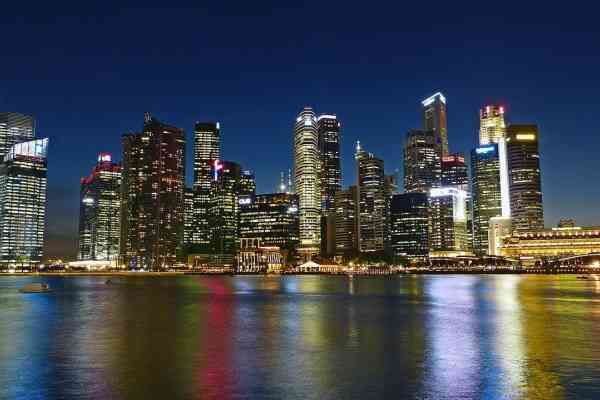 It is starting again! Insane turbulence, especially in New York, turns individual stocks into 30% rockets or 50% low flyers in one day, while the big stocks in the Dow Jones slowly but surely run towards new all-time highs. Then the sell-off in media and Internet stocks as a family office allegedly faltered. ViacomCBS and Discovery's shares lost 50% last week and are currently barely recovering. The entire banking and brokerage sector was hit with losses of between 4 and 10% - the reason: fear of uncontrollable risks and imbalances in the financial sector. Speaking of risk: We take a look at some interesting penny stocks - there is always something on offer here!