Armin Laschet (CDU), the CDU/CSU candidate for chancellor, does not want to give the internal combustion engine an expiration date, even though he himself drives an electric car. He also warns against focusing solely on the electric vehicle regarding climate protection in the transport sector. "I do not believe that this will be the form of mobility for the next 30 years, even though I drive an electric car myself," the CDU federal chairman told Handelsblatt. "There are ecological implications, for example, in battery production and the extraction of raw materials. We will still see many technological leaps." So in terms of e-mobility, the last word has not yet been spoken. Nevertheless, the industry is gearing up for a politically motivated wave of purchases. For this, it needs raw materials.

NIO - With one foot planted in Europe

Chinese electric carmaker NIO receives European approval to sell its zero-emission electric SUV and top-of-the-line ES8 model. EWVTA certification is an important foundation for NIO's entry into Norway and the European market - it officially approves the ES8 for mass production in Europe and all EU countries.

Type approval certification for the NIO ES8 and its systems, components and autonomous technical units has been granted following appropriate EU engineering audits and module approvals. The regulation, which has been in force since September 1, 2020, is the new legal regime for vehicle type approval in the EU and aims to improve the independence of quality and vehicle testing and the monitoring of vehicles already on the EU market. The extended arm of EU regulation is clearly felt here.

The NIO share has broken through its correction trend and is trending upwards again. At EUR 37.8, it is currently around 40% below the ATH of February. With the expansion of its international presence, the stock should slowly grow into its high valuation. The share is now no longer a sell.

Volkswagen - The crux with the data

It is embarrassing! Yet another data breach at the Volkswagen Group. A business partner in the US and Canada has publicly disclosed data on more than three million Audi and Volkswagen customers. According to a report by TechCrunch, the data leak occurred at an external marketing company that works with the group.

Privacy data is protected, and, at the same time, personal usage data in connection with the products is of great importance for Group management. Starting next year, Wolfsburg plans to evaluate "usage and movement data" from its vehicles to improve services and driving characteristics. This flood of data points must, of course, be processed accordingly through analysis to draw conclusions.

According to Thomas Ulbrich, the VW brand's chief development officer, VW is interested in driving distance data such as speeds and lane usage. In the future, these should help improve the self-driving capabilities of the new Travel Assistant because vehicle data is considered an essential basis for autonomous driving. The German parliament has already initiated a corresponding law on the use of data by manufacturers. However, whether this will also become permissible in the EU remains to be seen. Nevertheless, the way for autonomous systems seems to be paved for the future.

The VW share just missed its interim high of EUR 249 from April and fell back to EUR 231. That should be it for now. There is now a risk of a long double top at around EUR 240. Caution - if the breakout to the upside does not work, a stop at EUR 222 would be advisable from a chart-technical perspective!

Toyota Motor Corporation is one of the largest car manufacturers in the world. In 2020, the Company produced around 9.53 million vehicles, making it the world's largest carmaker by production figures ahead of Volkswagen AG. The Toyota Group, along with its 522 subsidiaries, employs a total of more than 370,000 people. In addition to its 12 Japanese plants, it produces at another 51 locations in 26 countries.

The group announced that it will make its global factories carbon neutral by 2035, instead of 2050, as previously planned, accelerating its decarbonization efforts by leveraging innovation and improved production methods. Toyota also asks suppliers to reduce CO2 emissions by about 3% year-on-year in 2021, so the stated goal includes the entire supply chain.

Toyota aims to sell 8 million electrified vehicles worldwide in 2030, roughly quadrupling the current number and about 80% of the automaker's current annual sales. Toyota is currently the leader in hybrids and fuel cell vehicles. Toyota shares are trading at an all-time high of just under EUR 75, not without merit. Stay invested.

Silkroad Nickel - Best positioned in the shortage of raw materials

Indonesia has been a significant global supplier of industrial metals for decades. The mining industry has a long tradition in the populous country. Even today, most operations are still state-owned. However, a few private companies have managed to achieve international status with their operations. The current shortage of raw materials makes it easier for courageous entrepreneurs in Indonesia to approach their regional governments aggressively.

Silkroad Nickel is an Indonesian mine operator that mines scarce metals such as nickel and cobalt and processes them until they are ready for export. It is not without reason that the Company named itself after one of the most important trade routes for industrial raw materials to Europe. Silkroad Nickel has long-term purchase agreements with mainly Chinese majors and supplies them with products for stainless steel production, among other things. Electro-mobility is also a driver for Silkroad's business due to existing cobalt deposits.

Silkroad's best customer is the Chinese Company Tsingshan, the world's largest stainless steel producer. A rotary kiln is to be built soon, which, despite investments of around USD 400 million, can generate more than USD 650 million in revenues in the first year. An excellent bottom-line profit if the investment gets off the ground.

Important for Silkroad Nickel is its independence and flexibility as a publicly-traded company. In the current scarcity scenario, it is excellently positioned, with prospects unfolding in parallel with the exponential development of e-mobility and the partly governmental investments in global infrastructure. After the pandemic, these are the proclaimed growth areas of many governments; Silkroad Nickel can cover the common trends well.

Silkroad's share price stands at SGD 0.40 in Singapore; the value is stable in the market. The market capitalization currently reaches about SGD 104 million. The positive development should continue for several years with the intended investments.

The events are overlapping. In addition to the daily geopolitical news, the central banks are in the spotlight these days. Despite a further interest rate step, the FED sent positive signals to the capital market because the end of the strict monetary policy is approaching. In addition, the reporting season started, which could offer several surprises already at the start. After the price corrections, many companies have opportunities for a sustainable rebound. 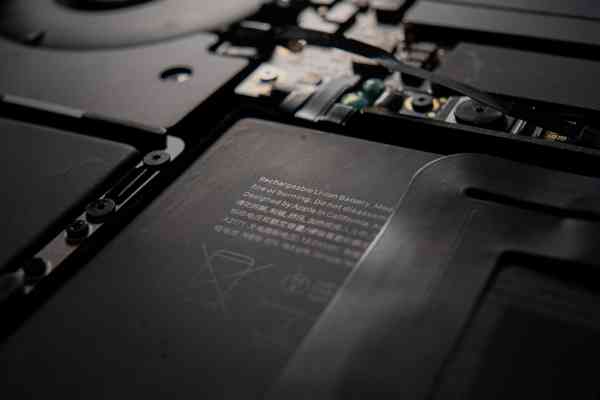 Apple shines with its new Mac Mini. Gone are the days of Intel processors. With their in-house M2 chips, a new consumer group of young creatives such as influencers, podcasters and other media professionals have an entry-level model at a fair price. No wonder the demand for metals like lithium is multiplying. The Canadian company Power Nickel can make excellent use of this boom. In its current drilling program, the results indicate high nickel deposits. This raw material is also of particular interest to Volkswagen. The group wants to invest in Canadian mines and is building six battery plants to produce and equip its EVs.