The largest reserves of helium are owned and managed on a long-term basis by the U.S. Bureau of Land Management. In 2013, it announced that it would start auctioning off an increasing percentage of the reserve each year. The public auction stopped as early as August 2018 due to the exhaustion of the reserve, and it removed a very significant part of the existing supply from the market. Steady demand and lower production in the USA have led to a tight supply situation worldwide. Helium markets have been quite volatile in recent years, with three years of global shortages in the period 2011-2013, followed by two years of measurable oversupply. It seems to be turning around again, as we have been measuring rising demand for 5 years. Helium has a wide range of applications in medicine, industry, and computer technology.

Gazprom - Reliable supplier to over 30 countries

Gazprom is a global energy Company from Russia that focuses on geological exploration, production, transportation, storage, processing, and sale of gas, gas condensate, and oil, as well as the generation and marketing of heat and electricity. It has by far the largest natural gas reserves in the world, with a 16% global and 71% domestic share. The Company is currently carrying out large-scale gas development projects on the Yamal Peninsula, the Arctic shelf, Eastern Siberia, and the Russian Far East.

Gazprom is also involved in hydrocarbon exploration projects abroad. Gazprom is a reliable supplier for Russian and foreign consumers but is also happy to use its abundant reserves for political purposes. The Company owns the largest gas transport system in the world, with a total length of 175,000 kilometers within Russia's borders and extending to Spain and Turkey. Gazprom sells more than half of its gas to Russian consumers and exports gas to over 30 countries inside and outside the former Soviet Union. For some Companies, when payments are outstanding, supply is restricted. Gazprom has a current market value of EUR 43 billion and has been paying a lavish dividend for years. Due to falling energy commodity prices, Gazprom shares are only 13% away from their 10 years lows at around EUR 3.00. When commodity prices rise again, we are counting on a quick comeback.

Linde, a world-leading industrial gases and engineering Company with 2019 sales of USD 28 billion, following the merger with Praxair, is now returning to its roots because it was Linde before. This is because the American subsidiary founded by Carl von Linde in 1907 was confiscated during the First World War, incorporated into the Union Carbide chemical group in 1917, and released into independence via the stock exchange in 1989. After around 100 years, the last tough competitors, are reunited. "We live our mission. To make our world more productive every day by providing high-quality solutions, technologies, and services that make our customers more successful and help to preserve and protect our planet," says CEO Steve Angel.

The Company supplies its industrial gases to a large number of producers in the chemical, refining, and manufacturing industries. End markets, being food and beverages, electronics, and healthcare, are also addressed. Linde's industrial gases are used in countless applications, ranging from life-saving oxygen for hospitals to high-purity and specialty gases for electronics production, hydrogen for the emission-reduced combustion of fuels, and much more. The market capitalization of the standard stock currently amounts to EUR 106 billion, while the share is only 10% below the all-time high of EUR 199.00.

Royal Helium - In the right place at the right time

Historically, known from the famous airships, industrial gases such as hydrogen and helium are vital for a wide variety of applications. The large suppliers mentioned above are usually not interested in smaller business relationships with niche players because they want to sell above volume. However, in all regions of the world, this is logistically impossible to manage, and consequently, local suppliers are needed.

A smaller but very interesting sponsor in the future could be Canadian Royal Helium Ltd. (RHC). The Company has recently obtained permits for an additional 32,166 hectares or 321 square kilometers of helium land in the south-eastern half of RHC's land holdings in Saskatchewan, where the total helium lease and permit area is now approximately 4,320 square kilometers. Around 173 square kilometers have been added to the Bengough project and 148 square kilometers at Pangman. The property borders the Ogema North area and now makes it a large contiguous land package where helium testing has indicated numerous deposits. A rule of thumb says that where initial deposits are found, there is usually more, as long as the terrain does not change significantly. This being the case with RHC too.

Royal Helium owns approximately 400,000 hectares of prospective helium land in central and southwestern Saskatchewan, has received all permits, and has entered into leases. All of RHC's properties are situated close to highways, roads, cities, and, most importantly, a significant portion of the leased land is adjacent to existing oil and gas infrastructure. With stable and slightly increasing prices for helium and non-renewable sources worldwide, Royal Helium intends to become a leading North American producer of this high-grade resource. The speculative value currently has a capitalization of CAD 21.4 million, and when the industry revives after the pandemic restrictions, the need may become apparent very quickly. A game for time, when it really gets going again! 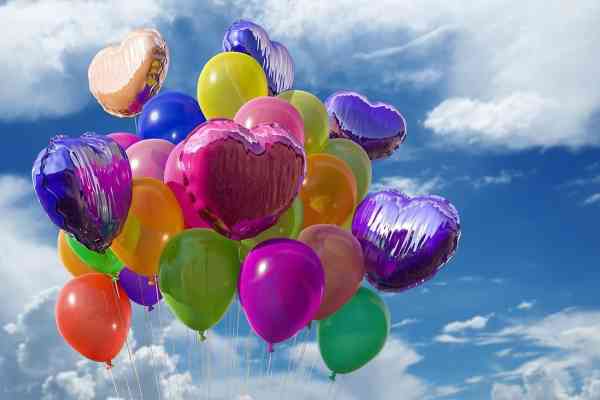 Helium and hydrogen are now not only driving space travel and modern mobility, the inert gases are also the focus of investors and politicians. While Elon Musk and Richard Branson want to make space tourism possible and NASA is using SpaceX to implement extensive programmes with satellites, the demand for helium will continue to increase. Hydrogen is increasingly being discussed as an alternative to a more polluting battery as an energy storage medium. An innovation that uses hydrogen as a catalyst has now been included in the United Nations' "United 4 Smart Sustainable Cities" program: HydraGEN