Since the Corona pandemic, the term digital transformation has been on everyone's lips. Those who rely solely on stationary or offline retail will have a hard time surviving in the ever faster and more global market in the future. But those who have revised their strategy in recent years and adapted it to the future are likely to be among the winners, regardless of the industry.

"[...] We have accumulated a network with over 7 million board, senior management, and key decision maker contacts in our 3 primary industries – mining, energy and agriculture. [...]" Alex Kent, Managing Director, Aspermont Limited

From off to online

The traditional publishing and media industry has been hit hard over the past decade. Traditional print companies have lost market share to Internet giants like Facebook and Google, forcing them to adapt or close. Aspermont was one of the few traditional publishers to successfully restructure its business and transform into a "digital-first" company in 2016. Originally, Australia-based Aspermont was a print media publisher focused on global commodity markets. For 185 years, the Company's top sellers have included the Mining Journal, published in London, and Mining Magazine, published for 110 years. The databases it has built in the past decades with more than 7 million senior decision maker contacts are now helping today's digital Company achieve considerable leaps in revenue and earnings. The Company uses its proprietary algorithms to analyze users' areas of interest based on artificial intelligence, create targeted content for customers, and generate significantly more leads.

Further growth is on the cards

Currently, Aspermont has over 3.7 million users. Last year, sales amounted to AUD 15.2 million, the equivalent of EUR 9.6 million. The debt-free Company, which has branches in Australia, the UK, Brazil, North America, the Philippines and Singapore, currently has just under EUR 2.8 million cash. Aspermont aims to significantly grow its subscriber base in the current fiscal year by expanding into China and Russia. Also, the Company plans to push the expansion of its virtual events and and exhibitions business. In addition to Australia's main Stock Exchange (ASX), Aspermont's shares have also been traded in Frankfurt and on Tradegate since last week. The stock market value of the ambitious digital media Company is currently just under EUR 20.0 million.

Then it went boom!

The controversial data analysis service Palantir exited US trading on Friday with a plus of almost 26% and a new high on a closing price basis of USD 32.58. Yesterday, a share certificate reached a new all-time high of over USD 37.0. Thus, most analysts who criticize the valuation of the Palantir share were caught on the wrong foot. The market capitalization is currently EUR 56.76 billion. In comparison, the US Company generated revenues of USD 289.4 million in the third quarter with an operating loss of just under USD 850 million. If we look only at this aspect, the stock is grossly overvalued. On the other hand, Palantir reports contracts with top customers from both the public and private sectors on an almost weekly basis at the moment. In addition to cooperations with intelligence agencies such as the CIA, the NSA, and the US military, the US-based Company recently announced a three-year contract with the US Food and Drug Administration.

Is a big surprise coming?

The reason for the sudden boom could be speculation about Palantir's technology, which is to be explained in more detail to the general public on 26.01.2021 on the occasion of a demo day. According to the press release, the Company will present the latest developments of its software platforms Foundry and Gotham to the public for the first time. The demos will showcase how Palantir's commercial and government customers - including manufacturers, defense agencies, and others - are using the software. The event will also highlight Palantir's modular strategy, including announcements and demonstrations of new software modules. In the long term, Palantir's success story is likely to continue. There is no competitor far and wide in sight. Chart-wise, prices around USD 50 are quite possible after the dynamic breakout above USD 33.

After an initially unsuccessful start on the stock market, with the price of the Everfuel share falling below the equivalent of EUR 2, the subsidiary of the Norwegian hydrogen specialist Nel ASA exploded to over EUR 18.0 by mid-January. Everfuel then corrected in the direction of EUR 13. Now the Danes announced the successful completion of a private placement of NOK 600 million, equivalent to just under EUR 58 million. As a result, the shares were sold at a conversion rate of approximately EUR 12.10. The Danes need the capital raised to finance their further growth strategy. Even after the capital increase, the free float will increase only slightly. The two major shareholders, EF Holding ApS and Nel ASA, alone own just under 80% of Everfuel, and around 15% at least is in firm institutional hands. Only a maximum of 5% is likely to be a pure free float. We advise caution! 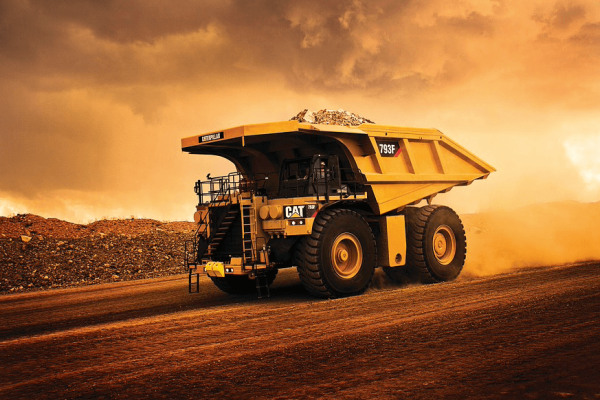 Data is increasingly seen as a commodity. Why? The better you can process and use data, the more valuable it becomes. Traditional commodity companies are increasingly equipping their heavy equipment with sensors to profit in the long term from the treasure trove of data that they have so incidentally unearthed. Companies such as Facebook and Alphabet are taking advantage of all our data, developing new products and making huge profits. Read what role data plays at Netflix, Aspermont and Alteryx.