Looking at the oil prices is really astonishing. Just last week, the price of a barrel was unwaveringly on its way down, with Brent crude even marking a 3-month low of USD 64.9 on the spot market. Then the direct reversal and a pronounced rally upwards to courses of USD 71.8 yesterday morning. The weaker US dollar and the dwindling fears of the Delta variant, which rages in China's major cities less than initially expected, are sought as reasons. As a result, the short-term demand worries have evaporated again. But another reason is also on the table: The events in Afghanistan are again bringing great unrest to an important oil and raw materials region. That pushes the prices further!

Royal Dutch Shell (RDS), known under the brand name Shell, is one of the world's largest petroleum and natural gas companies. The Group operates in more than 140 countries with around 86,000 employees. From a European perspective, RDS is a good indicator of the health of the oil markets.

The oil and gas group has had a difficult 2020, but the turnaround has now been achieved with higher spot prices. From a shortfall of USD 18 billion in the same period last year, the quarterly profit turned to plus USD 3.4 billion. As usual, the Company wants its shareholders to share in this success with dividends and share buybacks of USD 2 billion. The dividend will rise to 24 US cents from the second quarter, an increase of 38% compared with the payout at the beginning of the year. The current payout yield increases again to 4.8%.

Fundamentally, there are some charges in Nigeria at the moment, here the oil and gas giant paid EUR 95 million in damages for heavy pollution dating back to 1970. This amount was set 20 years ago by a Nigerian court in a lawsuit, and Shell has now settled this payment. There is currently major unrest in Nigeria, which continues to affect the site operationally.

The technical conditions have recently improved enormously for the RDS share, as the critical support line at EUR 16 held again last week. Should the oil price now resume its upward trend with its jump of USD 6 in just three days, this would also be a medium-term signal for the high-dividend oil multinational.

Deutsche Rohstoff AG - It goes on with Bright Rock Energy

Deutsche Rohstoff AG (DRAG) is running like clockwork. At the end of the first half of the year, the Group achieved sales of EUR 38.8 million and a net surplus of EUR 17.5 million. The operating cash flow from oil production in the USA and income from the asset management business contributed EUR 36.8 million. Cash and cash equivalents grew to EUR 71.3 million; respectively, net debt decreased to EUR 59 million (after EUR 92 million at year-end 2020). The equity ratio reached a very good level of 29.2%. After realized gains of EUR 15.8 million, the Group's equity and bond portfolio still contains a further EUR 5.8 million in book profits. The 2016/2021 bond was repaid on schedule on July 20, 2021.

Work now continues on the development of properties already acquired. DRAG subsidiary Bright Rock Energy will begin drilling the first well this week on acreage acquired last year in the Powder River Basin. The Buster Federal well is located 27 km north of the town of Douglas, Wyoming. It is a two-mile horizontal well targeting the Niobrara formation, which has proven to be very productive in the area. The well is expected to be completed in October, and production could start as early as December. The total capital cost of the well will be approximately USD 9 million, but this will provide DRAG with evidence of future drilling potential.

The Bright Rocks properties are located in a structurally deep part of the Powder River basin. Organic-rich source rocks have produced large oil accumulations in up to three distinct zones: Niobrara, Turner and Mowry. The latter two hold additional potential not yet included in the above figures for possible drilling.

Deutsche Rohstoff AG is currently very successful in developing raw material deposits and in its investment management. The focus is on oil and gas deposits in the USA, with metals such as gold and tungsten rounding off the portfolio. Overall, DRAG has a very balanced position and diversifies risks within the Group. The share price has fallen back slightly from a high of around EUR 17.9 to EUR 15.3. With rising oil prices and a persistently inflationary environment, the EUR 20 mark should only be an intermediate step.

British Petroleum (BP) - Volatility due to the oil price

The British energy giant BP has recently shown stronger fluctuations in the oil price. Worries about the global economy and the low vaccination rates in some important countries do not yet allow an upward price breakout despite good 9-month figures. The recent high inflation rates have also reawakened fears about interest rates, which are traditionally an obstacle to growth for capital-intensive exploration projects.

Less exploration ultimately means less growth, and that weighs on the share price. The low gasoline sales in the auto country USA, especially during the travel-intensive summer months, also have a somewhat unsettling effect. In some cases, gasoline demand was significantly lower than in the months before the pandemic. In a preview of the coming fall, the outlook has currently clouded over somewhat. From a chart perspective, it would be essential to overcome the EUR 3.50 mark. If this does not succeed, the next phase of weakness in the oil price threatens a decline to EUR 3.10.

Oil prices are probably more of a long criterion for Standard Lithium. After all, the more the oil lobby is pushed back in favor of more climate-friendly e-mobility, the higher the derived demand for lithium and other battery metals. Standard Lithium shares were able to fully tap into the battery boom of recent months, rising over 550% for the year. Further euphoria was caused in mid-July by the news that the stock is now listed on the NYSE, which clearly sets it apart from many other lithium stocks. The rally has generated considerable turnover in the share in recent weeks.

For the realization of the lithium project to be developed with the help of the German Lanxess in the US state of Arkansas, Standard Lithium has now obtained financing options for up to 25 million shares via a prospectus, which, according to the current share price, is equivalent to CAD 200 million. If the funds can be raised quickly and further debt financing follows, Standard Lithium could, of course, enter the market as a supplier very quickly, i.e. in a few years. The market capitalization is currently already CAD 1.02 billion, which is remarkable for a project at this stage of development.

The energy markets worldwide are in a state of upheaval, but the oil demand will remain high despite the expansion of renewable sources. While the oil multinationals are very fixed in their production volumes, Deutsche Rohstoff AG has some properties that can be quickly brought "online" if necessary. In addition, temporary over- and undervaluations are exploited through investment management. A good setup, in our opinion! 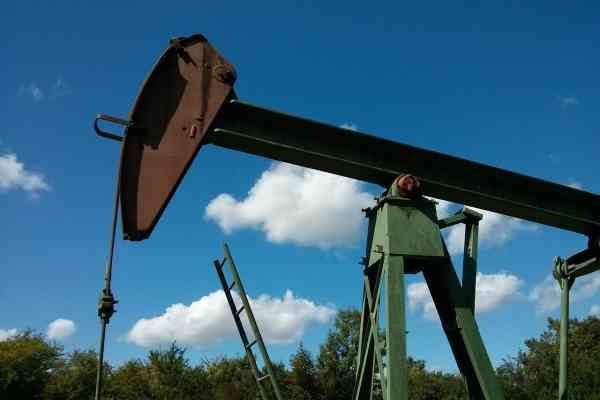 TotalEnergies, Saturn Oil + Gas, Shell - Energy shares as a booster for the portfolio

Now it is here, the oil embargo against Russia. The oil price was volatile before, and now with the new sanctions, it could get even more chaotic. The International Energy Agency fears that Russia could significantly reduce its oil production. That would cause the supply on the market to drop sharply and the oil price to rise. If there is a global recession, this will reduce demand, but due to the steadily increasing population, the need for oil continues to grow. As of November, there are 8 billion people living on our planet. The supply of oil will remain important in the coming years. We, therefore, take a look at three companies in the sector.