Every day, a single person generates about 1.7 MB of data. We are creating and publishing more information than at any other time in human history. At this rate, we can expect the Big Data market to reach 40 trillion gigabytes by the end of the year. That's more data than most of us can even begin to imagine. It includes everything from the pictures you upload to social media, to the comments we post somewhere and everything in between. A certain amount of this data won't be useful to anyone. But there is a lot of valuable data out there, especially if companies evaluate and use it commercially. Social media is a mecca for data collectors - used for credit scores, user profiles and advertising. Data protection has now been regulated by law - but most users give their data voluntarily.

According to the South China Morning Post, Deutsche Bank remains optimistic about the recovery of the Asian economy after the pandemic. The bank believes its key businesses such as investment banking, corporate banking and wealth management will benefit, as the region is likely to recover faster than the global economy.

The bank's management is confident that inter-country transactions and especially fixed-income activities in China and India will increase. According to the International Monetary Fund, both economies are likely to grow at a rate of 8% or more next year.

Alexander von zur Mühlen, Asia Pacific head at Deutsche Bank, said, "On the institutional and capital markets side, activity will pick up after the pandemic. The need for debt financing will increase in both the private and public sectors. We're seeing more and more sovereign bonds coming to the market, and of course, we want to participate in that to support the economic recovery across the region, which will also generate fee income."

The bank is also seeing a trend where China is looking for investment opportunities outside the mainland, with Europe being a key target. The bank is looking to take better advantage of this because of its strong presence in the region. Until now, it has had a credit rating and appraisal problem with China specifically, as the published data tended to be doubted by Western analysts. Now they are venturing into the credit business and want to turn a big wheel in government bonds. We ask ourselves the question: Is it starting again?

It is worth noting that Deutsche Bank made a remarkable profit of EUR 377 million in the third quarter of this year, which is quite favourable compared to the loss of around EUR 1.1 billion last year. The Company now has a market value of only EUR 18.6 billion at a share price of EUR 8.98, which means that it no longer ranks among the TOP 10 banks in Europe.

Palantir - here, it goes on cheerfully!

Palantir is still going strong. The data specialist from the USA had a brilliant start on the stock exchange. After initial difficulties with the founding members' blocking notes, there has been no stopping the share since December. With an issue price of USD 7.5, it went up to USD 33.50 since the initial listing at USD 10.00, a gain of over 200% in 2 months - now it is in a small consolidation.

Palantir is internationally very critically eyed since the business model provides, in the core, the collection and analysis of highly sensitive, personal data. Since this is highly relevant for intelligence services, the US military has also been a significant customer for several years. For European data protectionists, Palantir is already seen as the precursor to China's surveillance policy. The Company, co-founded by Trump supporter Peter Thiel, is named after the seeing stones from "Lord of the Rings." It is also one of the most controversial corporations in Silicon Valley, so it moved its headquarters to Denver, Colorado. According to the US civil rights organization ACLU, Palantir, which got started about 17 years ago with money from the CIA's venture capital arm In-Q-Tel, among others, is considered a "key Company in the surveillance industry."

However, there is plenty of good news. For example, Palantir is cooperating even more intensively with the British health authority to support the COVID 19 pandemic investigation. The aim here is to trace possible chains of infection by analyzing mass movement data. With the US military, there is an extension of the existing collaboration in the contract volume of USD 32 million for 2021. Currently, Palantir is valued at USD 42 billion. Typical for Nasdaq, this is a revenue valuation of an even 70.

The wallstreet:online Group employs almost 200 people in Berlin, Kiel, Leipzig, Munich and Zurich and operates the financial platforms wallstreet-online.de, boersenNews.de, FinanzNachrichten.de and ARIVA.de. With around 330 million page impressions, the Group is the largest publisher-independent financial portal operator in the German-speaking world and the No. 1 among financial communities.

Through wallstreet:online capital AG, the Company has been active in the online brokerage business for 20 years. It has extensive expertise in the sale of investment products with maximum discounts. Its best-known products include FondsDISCOUNT.de, the largest bank-independent online discount investment broker in Germany. Smartbroker has also been operated by wallstreet:online capital AG for a year, which is subject to the uniform state financial supervision BaFin.

A lot of potential is opening up here due to the takeover of the Volkswagen brokerage division. One must consider that the home office trend in 2020 opened 340,000 brokerage accounts in Germany alone. Since Smartbroker is competing with a very comprehensive service package, there is much more momentum than the established banking subsidiaries such as Comdirect or Consorsbank. Further acquisitions should also be considered, as the market is highly fragmented. The combination of presenting financial information and services as a broker is new and promises extreme growth through resourceful new customers, especially in the small and mid-cap sector.

The w:o share has a capitalization of around EUR 200 million at a share price of EUR 14.2. The P/E ratio is not decisive because profits will not start to bubble up until 2023 when the current number of customers has doubled again. 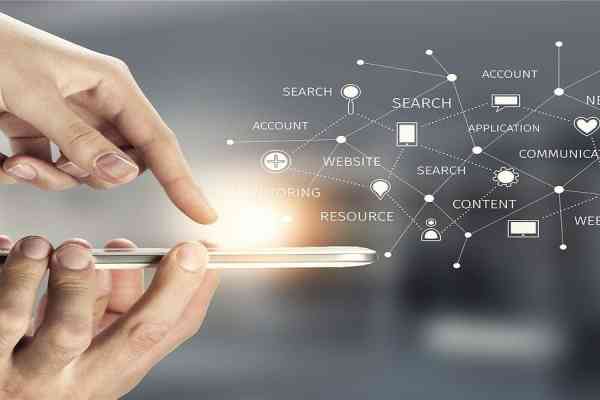 wallstreet:online, Apple, Facebook: The kings of the data world

That was a rain of numbers last week. Almost all technology companies reported their figures for the third quarter - the absolute negative outlier was SAP. After a small sales warning for its cloud business, the share price slumped by 27% over the week and, at EUR 90, almost reached the level of the March correction. Overall, it was not a good week for technology stocks worldwide. A whole 5% sent down the most watched NDX with the popular FAANG shares. Apple and Facebook, the absolute investor favourites, have built dangerous chart technical summit formations, while the German wallstreet:online AG shines with good figures and a delightful stock split.