At some point, the market must also consolidate! Almost daily, the S&P 500 had climbed to a new high in recent weeks. Despite individual inflation warnings from the central banks, the shares continued to climb blithely: "The trend is your friend!" - and so it is not a big deal to have to give up 2%. The time had come yesterday - investors took cover for the time being. Now it must be seen whether strong trends can withstand a temporary downturn. We look at three interesting stocks.

BYD - The air is getting thinner

BYD has had a real run in recent weeks. Continuous good news and a lot of imagination in future technologies led to a rally of over 70% in 2 months. The Chinese technology group is now increasingly focusing on the topic of electric mobility. It is expanding its product range in the automotive sector to include the area of "New Energy Vehicles (NEVs).

The second-largest business unit of the Chinese technology group BYD is components for the mobile phone segment, particularly smartphones, followed by the renewable energy division. Since March 2021, BYD has sold more NEVs than vehicles with conventional internal combustion engines, sales of which have been declining sharply since May and have even been surpassed by plug-in hybrid versions. Among the total 51,015 vehicles delivered by BYD in June 2021, there were 41,366 NEV units and 9,649 vehicles with internal combustion engines. The electric segment continues to grow at high double-digit rates.

So the growth is good with the Chinese; what is questionable is the valuation that has now been achieved. Should interest rates and inflation also play a role on the stock market, one could quickly start to wonder about growth stocks such as BYD because the estimated EUR 25 billion in sales are currently valued at a price-to-sales ratio of over 3. In terms of the P/E ratio, the stock is still beyond 100. Be careful at the edge of the platform and keep your fingers away for now!

Again a price slump at Plug Power. The share price took a significant hit in the middle of this week, as investors fear strong competition in the transport business from a new partnership between two well-known players. It is not far-fetched that Plug Power's domain could also come under pressure at some point. Plug's advantage is that it raised more than USD 1 billion through 2 capital increases.

The newcomers in the hydrogen business are Chart Industries and Hyzon Motors. They are cooperating from now on and have announced nothing less than a small revolution in long-distance truck transport. The two companies want to work together to develop a truck powered by liquid hydrogen fuel cells and are aiming for a range of 1,000 miles, or about 1,600 kilometers. That sounds great at first and, of course, a little threatening for Plug Power, which has not yet been able to find a comparable performance from the New York-based company.

Plug Power's transport business has so far concentrated on so-called industrial trucks, such as forklifts. According to the two competitors, liquid hydrogen instead of gaseous hydrogen in heavy-duty transport brings numerous advantages. The number of heavy-duty refueling stations needed is expected to be significantly reduced due to the extended range. Fewer refueling stations would reduce the time-consuming and costly transportation of hydrogen to refueling sites.

New technology is not likely to be widely adopted until it is efficient and provides benefits or is appropriately promoted by the government. Joe Biden and the EU want to give some funding here. We had recently hoped for Plug Power to break out above USD 30, but now the price is turning again after rising 75% since the beginning of May. It is recommended to draw a tight STOP at the level of USD 27.50 and first wait on the sidelines to see whether the NDX takes new momentum.

In the future, the ECB will change its central approach to inflation targeting. The central bank will thus accept inflation rates that are at least temporarily moderately above the target value - if the rates were previously too low in its view. In other words, temporary outliers will be tolerated, but what happens when the current increase rates manifest themselves? With the ECB's current inflation discussion, gold and silver values are coming closer into focus again. Gold can rise above USD 1,800 again, and silver is taking up a waiting position at the USD 26 mark.

Promising areas include the newly discovered Ellen Zone and the untested Bench Zone areas. In total, the gold zone will cover a strike length of 1.5 kilometers. The nearby H Zone will also be investigated. As suggested by last winter's drill program results, the intent is to determine if the gold mineralization is indeed dipping 60 degrees to the southwest.

White Metal Resources is still in calm waters. However, the current drilling comes at the right time to take advantage of future opportunities in the gold market with appropriate discoveries. In our opinion, the low market capitalization of around CAD 14 million is suitable to take a few cheap pieces off the market on a limited basis.

The stocks we are looking at will hold their own very differently in the volatile environment. In the case of BYD and Plug Power, the stock market has already been trading for months with advance praise for the next decades. In the case of the small White Metal Resources, a good drilling result can trigger a quick rally. 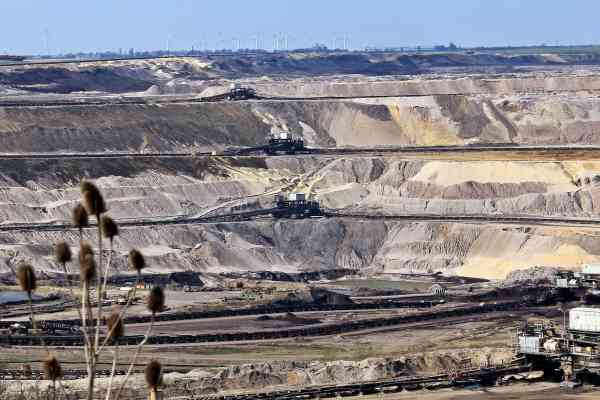